: Have you ever compared two things? Yes, of course.  You always keep on comparing things, and this is how human psychology works. You are well aware of the ratio sign but unaware of it. Here, the question arises what this article is for? A valid question, yeah!

However, you don’t know to compare things. You tend to use ratio in mathematics and other subjects. People are applying it in their lives but unaware of it. Also, it’s nearly possible to automatically learn the correct usage of ratios except for those who have “learned “in syllabus books.

In this article, we dive deeper into the details of ratio from its meaning to usage along with codes in computer languages being used for ratio symbol.

The symbol of ratio is :. There is no validity for its origin as it’s commonly used, so no sources referred to its exact origin when it was first used. However, a Greek mathematician Euclid described it for the first time as per reports. When it comes to its earliest known use, π sign was used for the ratio of circle’s circumference in 1706 by William Jones.

As we introduced the ratio sign clearly above, let’s find out what does it mean in mathematics and what it actually is.

Do you get an idea from the above discussion? Yes, it completely makes sense to the reader. You’re actually using this method but unaware which method you are following. The comparison between things may be of measurements, length, width, weight. In most cases, both quantities are taken to be as positive. However, exceptions are still there.

A: B = A/B here, the first term A is called antecedent, and the second term B is consequent.

In simpler terms, it allows us to value two or more things at the same time in an easier apart from writing down in words. Therefore, math’s symbols have an edge and benefit of their usage.

When comparing the material in any construction site, then ratio is used.

Sand: cement: dirt = 2:3:4 this is how this sign is used to compare more than two values at the same time.

What is the calculation process of the Ratio sign?

For example there are 100 students in the class in which 60 are boys and the remaining are girls. Now, if we are to determine the ratio of boys and girls we will proceed as follows:

Another method to comparing things is by fraction method. It serves the same purpose as that of ratio sign. 3: 10 can by written as 3/10=0.333

Typing ratio sign is a child’s play.  But often, people confuse it while typing on the computer. There are different applications and gadgets where you need to type it now or never. So, let’s learn the procedure for each one of them.

Same procedure can be applied to type ratio sign on PC windows, Word file, PowerPoint and excel. So there’s no need to mention all of them separately. There are three ways to type a ratio sign:

You can type it on MAC with the easier method: Press the SHIFT key and the combined button of (: ;) at the same time. 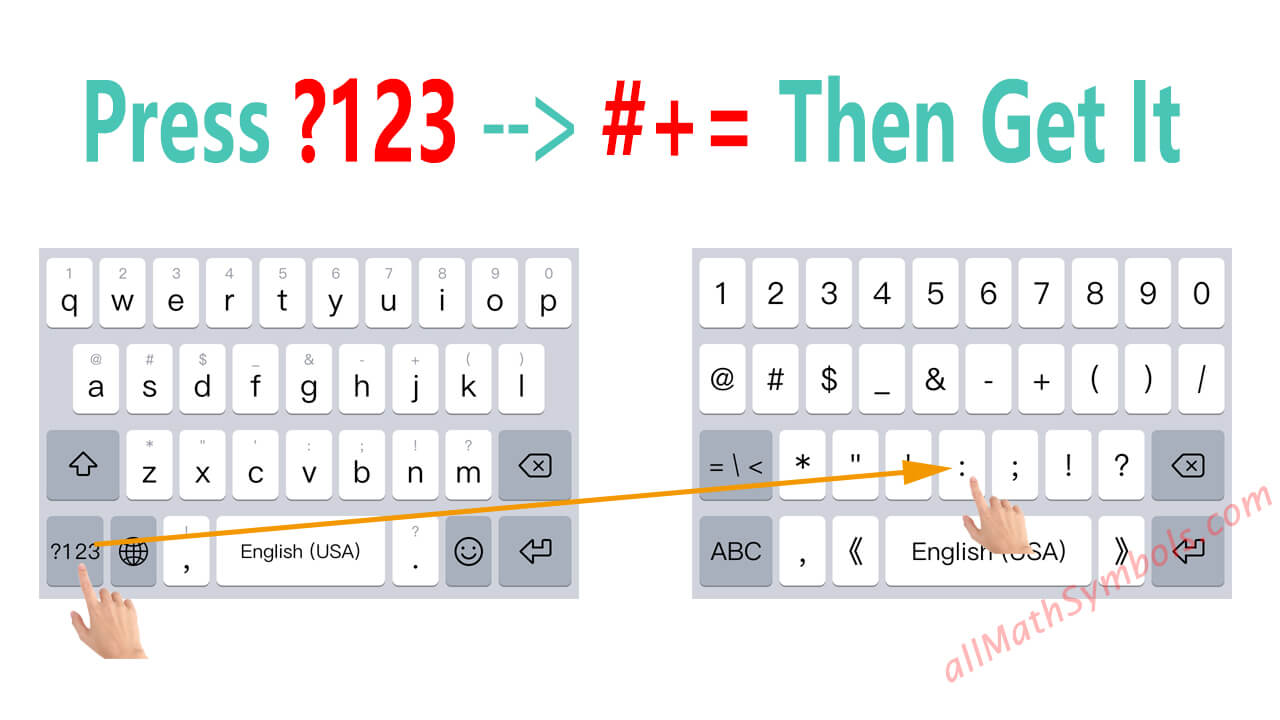 Type a ratio symbol on phone is very simple. Follow the steps written below: 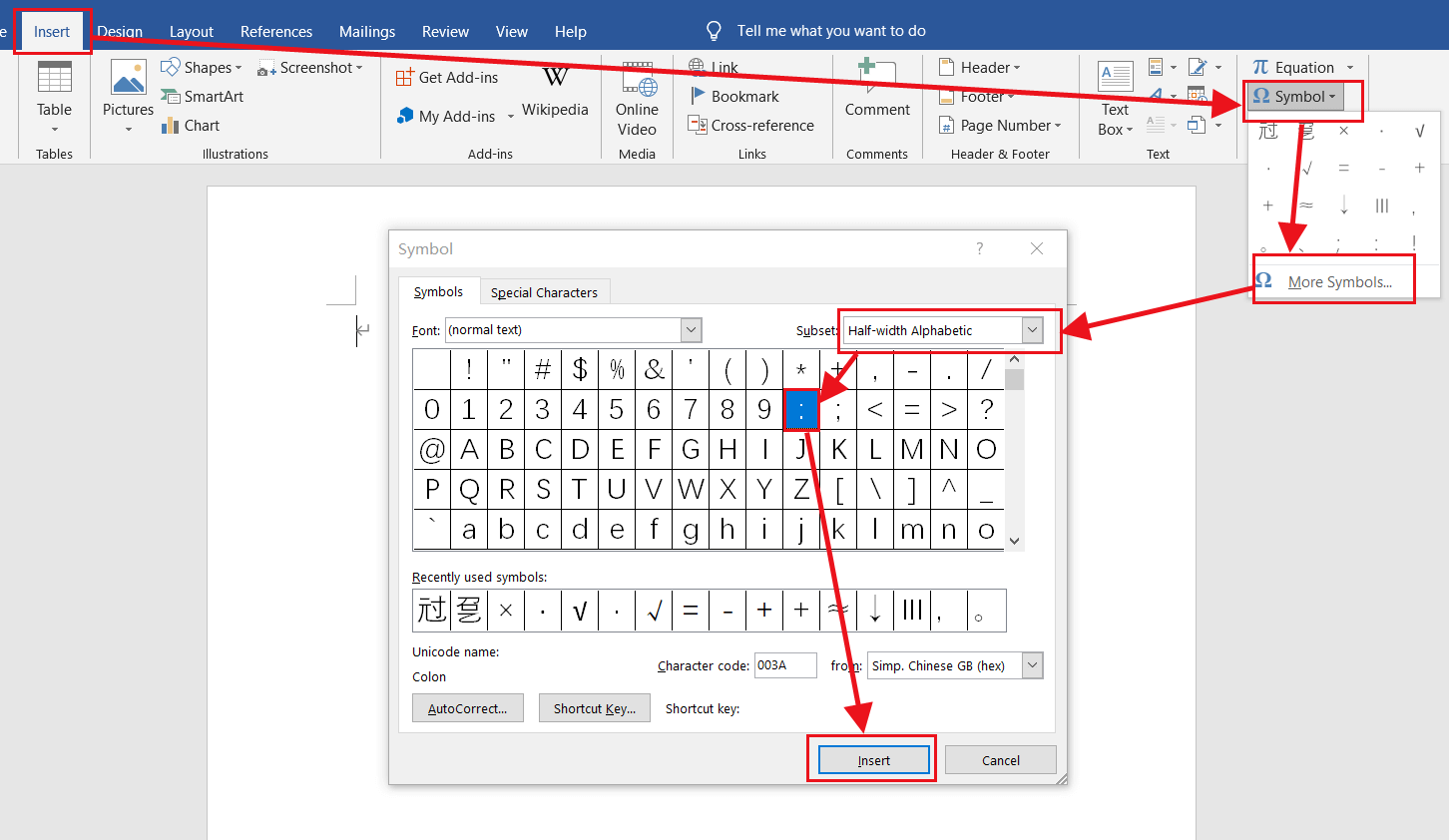 Although you directly type the ratio sign following the above method, yet there’s another way you can follow.

There are different codes for ratio symbols by which the computer takes no time to understand what we want to type in ratio sign. In computer, character encoding standards are there that help in the association of different codes with a variety of signs. The is given below :

There are interesting as well as fun-based facts related to ratio. Let’s discuss them.

Units must be similar of the things you want to compare by ratio. Different units cannot be compared.
Ratios have no dimensions. I.e. dimensionless
The things first in the sentence also comes first in the ratio when comparing.
You can compare multiple things at the same time ( we discussed above with an example)
You cannot interchange the positions of antecedent and consequent.
Ratios can be changed into fractions. The answer will be the same.

There are couple of question people often ask about or post on different websites. Sometimes, they confuse a lot and make blunders by intermixing the different things unintentionally. Here, all your queries will be resolved. Let’s get straight into it.

Ratio sign is widely used in mathematics nowadays to compare things of the same unit. Three things can be compared at the same time. Ratio method is interchanged with the fraction method having the same result at the end. The ratio method allows to further simplify the values get the better idea.

Different codes are used for different signs in computer languages. There is variety of questions people ask about ratio (mentioned above).

Typing of ratio sign on the computer isn’t difficult as the ratio sign is present on the keyboard, which makes it easier to type.  Let us know in the comments if you still have a query and how did you find this article.